Why Is the Wedding Ring Worn on the Ring Finger? The Chinese Offer This Cool Explanation...

For thousands of years, wedding rings have been worn on the ring finger of the left hand, but do you know the origin of this worldwide tradition?

Some give credit to the ancient Romans and Greeks, who believed that the vein in the fourth finger of the left hand (the vena amoris or vein of love) ran directly to the heart. Although the "vein of love" story is compelling and widely cited, a contemporary understanding of the circulatory systems has soundly debunked the science behind the legend.

We love the Chinese ring-finger hypothesis because it comes with a sweet explanation and even cooler demonstration.

1. Place your palms together as if you were praying. 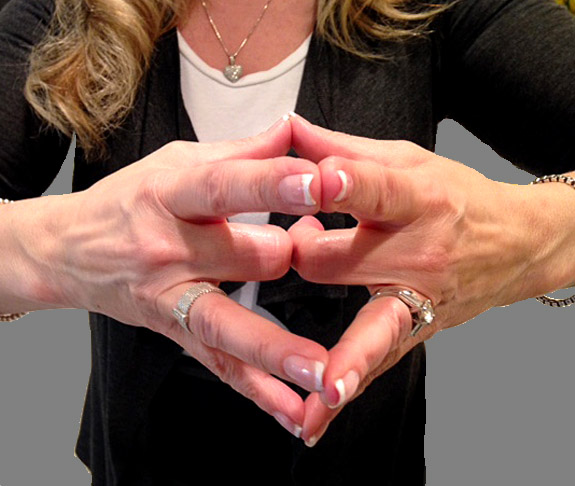 3. Now, attempt to separate the pinkies. You certainly can, because the pinkies represent your children, who will eventually leave your home and build families of their own.

4. The thumbs that represent your parents can separate easily, as well, because your parents are not destined to live with you forever.

5. Your index fingers separate with no resistance, as these represent your siblings, who will go on to live life on their own.

6. Now, attempt to separate the ring fingers, which represent you and your partner. They don't budge. No matter how much you try, they won't come apart.

The Chinese explanation, of course, is that the union between you and your partner is unbreakable, and a wedding ring worn on the ring finger represents a marriage that is meant to last forever.

A practical explanation of why the wedding ring is worn on the fourth finger of the left hand focuses on the practicality of keeping the ring out of harm's way. Since most people of right-handed, wearing the ring of the left hand would make it less susceptible to damage. Also, the ring finger doesn't get as much work as, say, the thumb and index finger, so the little-used ring finger is a good place to display the bridal jewelry.