New York City bride-to-be Ashlee Palacio is a creature of habit. Every night, she follows the same bedtime routine and places her beloved three-carat emerald-cut diamond engagement ring in a special tray on her nightstand. 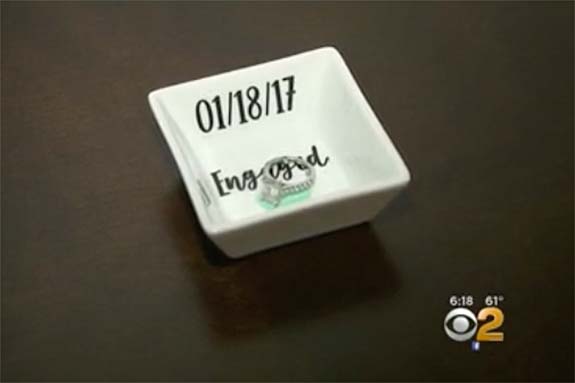 But, last Monday, Palacio broke her routine and fell asleep on the opposite side of her bed — with her engagement ring still on her finger.

In the middle of the night, half asleep, Palacio slipped the ring off and placed it on a night table amidst a bunch of Starburst candy wrappers.

On Tuesday morning, she slid the mess from her night table into a plastic white garbage bag and placed it in the trash.

When Palacio realized that her ring was gone, she called her fiancé, Mike Diamond (great name for this story), and told him she was sure the ring had accidentally ended up in the garbage. 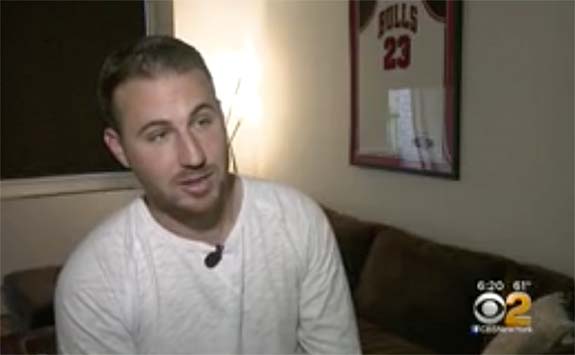 "My first reaction was, ‘Are you kidding?!’” Diamond told CBS New York. “I thought she was joking around with me.”

To make matters worse, the garbage already had been picked up and was on its way to the dump.

Diamond quickly called the authorities at the NYC Department of Sanitation, who were able to identify the truck that serviced Palacio's neighborhood.

“As soon as they get the phone call, they freeze the truck so it can’t dump,” Department of Sanitation supervisor Louis Guglielmetti told CBS New York.

Guglielmetti diverted the truck to a waste transfer facility in New Jersey, where Diamond and a friend were invited to don hazmat suits and pick through very stinky garbage bags. Luckily, Palacio's building was the last one on the truck's route, so her white plastic bag with the black tie was expected to be one of the first to get unloaded from the truck.

“The truck came in and just dumped over a hundred bags just on the floor... I thought it was going to be impossible to find,” Diamond said.

Diamond and the friend had a few clues, however. They were looking for the candy wrappers and a Halloween cookie box.

Palacio, who was stuck at work during the drama, was kept up to date via Snapchat messages. 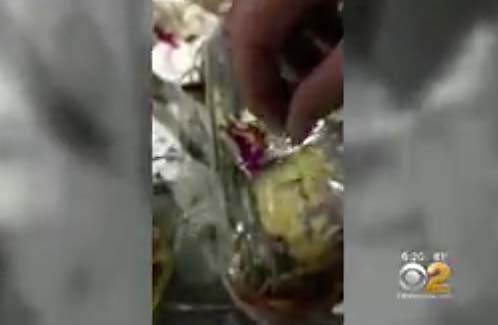 Within 15 minutes, Diamond had located the right bag. When he ripped it open, he saw the remnants of the Halloween treats and the shimmering diamond.

“I happened to see something glowing, and I said, 'You know, I think that’s it!’” Diamond told CBS New York.

Palacio told CBS New York that she is eternally grateful to her fiancé, the New York City Sanitation Department and everyone who went above and beyond to recover her ring.