Lauren Smith, a self-described “picker,” was following a hunch when she scooped up an antique ring box for pennies at a Goodwill outlet in Reading, Pa.

At first glance, the box that was stamped with the name of a jeweler/optometrist in nearby Allentown seemed to be empty. But, when she got home, Smith carefully pried up the velvet ring pad, revealing a diamond treasure underneath. 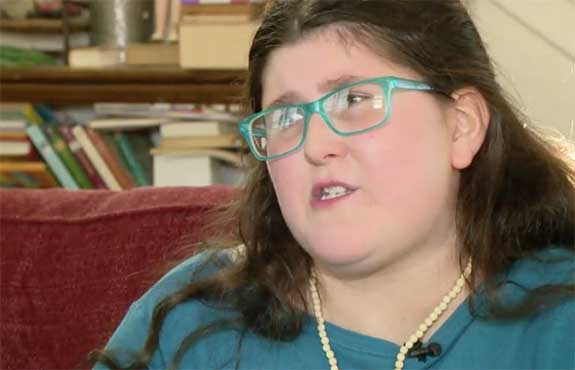 “It came up really easily and there was this engagement ring under there and I was just like, ‘Ah,'” Smith told a reporter from Fox29 in Philadelphia. 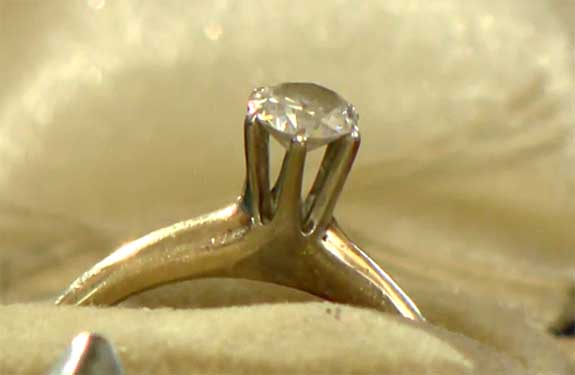 In the spirit of the holiday season, Smith will forgo a potential big payday and, instead, try to reunite the antique ring with the family of its rightful owner. The yellow gold ring is engraved with a specific date in 1921 and the avid treasure hunter will use that information to help verify any claimants that come forward.

“I just want to give this family back something they thought they may have lost forever,” she said. “I think if you have the opportunity to do something like that you should at least give it a shot.”

Smith explained that the ring box was priced by weight, so her outlay was just pennies.

Based on her own experience, Smith believes that the ring box — and its hidden treasure — was donated by a family who hastily cleared the home of an elderly relative.

“I helped my parents clean out my grandparent’s house and after a while you just get so overwhelmed,” she told Fox29. “You just want to get rid of things and sometimes you don’t look as closely as maybe you would under other circumstances.”

Interestingly, a representative from Goodwill told the Fox reporter that the company regularly screens for items that were donated in error. The ring hidden under the ring pad wasn’t detected by the Goodwill staff, but spokesperson Cheryl Kulp said she was thrilled that the ring ended up with the kindhearted Smith.

“That’s just the generosity of the community in which we reside,” Kulp said.