Christie’s Exec Says the Color of the 18.96-Carat ‘Pink Legacy’ Diamond ‘Is As Good As It Gets’

In terms of its saturation and intensity, the color of “The Pink Legacy” is “as good as it gets in a colored diamond,” according to the Christie’s exec who will be overseeing its sale in Geneva on November 13. The auction house is expecting the 18.96-carat, fancy vivid pink diamond to fetch up to $50 million, a price that would establish a new per-carat world record for a pink diamond. 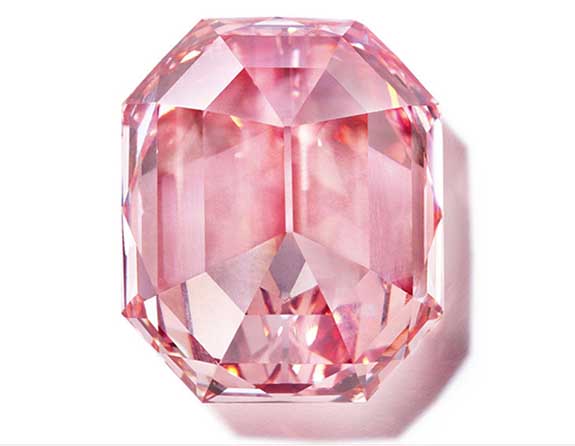 “To find a diamond of this size with this color is pretty much unreal,” said Rahul Kadakia, International Head of Jewellery at Christie’s. “You may see this color in a pink diamond of less than one carat. But this is almost 19 carats and it’s as pink as can be. It’s unbelievable.” 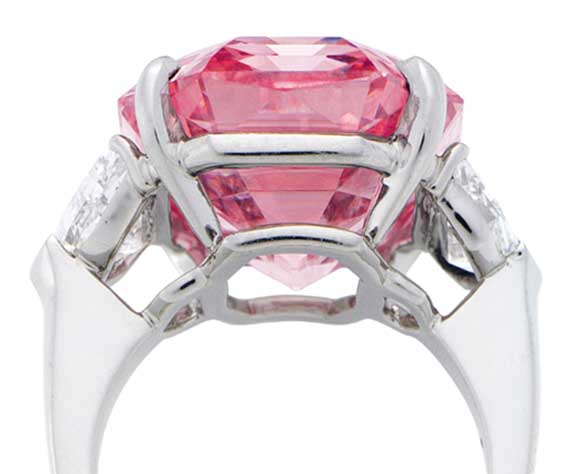 Once owned by the Oppenheimer family — famous for its connections to De Beers — the rectangular-cut diamond is the largest fancy vivid pink diamond ever offered at auction by Christie’s. The auction house noted that over the course of its 252-year history, only four fancy vivid pink diamonds larger than 10 carats have ever appeared for sale.

“Its exceptional provenance will no doubt propel it into a class of its own as one of the world’s greatest diamonds,” Kadakia said in a statement.

Kadakia explained that most pink diamonds exhibit a secondary color, such as purple, orange, brown or grey. The Pink Legacy is unique because it has an even color distribution, balanced saturation and straight pink hue. Only one in 100,000 diamonds possess a color deep enough to qualify as “fancy vivid,” he noted.

In November 2017, Christie’s Hong Kong sold “The Pink Promise,” an oval-shaped fancy vivid pink diamond of just under 15 carats, for $32.4 million. That figure translated to $2,175,519 per carat, which remains the world auction record price per carat for any pink diamond.

In April 2017, the 59.60-carat “Pink Star” set a world record for any kind of diamond ever offered at auction when it fetched $71 million at Sotheby’s Hong Kong.

The Pink Legacy will be heading out on a global tour, with stops in Hong Kong, London and New York, before returning to Geneva for the Magnificent Jewels auction at the Four Seasons Hotel des Bergues.