Back in November, luxury jeweler Laurence Graff revealed that the massive 1,109-carat rough diamond named Lesedi La Rona had yielded 67 “satellite” diamonds ranging in size from just under 1 carat to more than 100 carats and teased that “a principal diamond of unprecedented size” was still in the works. 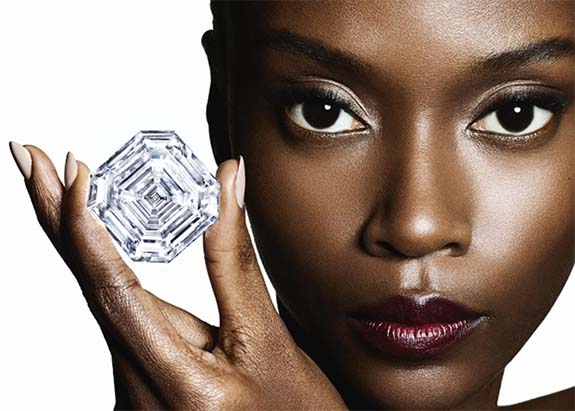 Last week, Graff finally unveiled that principal diamond — a 302.37-carat square emerald-cut stunner that is said to be the largest D-flawless gem ever certified by the Gemological Institute of America. The jeweler named the gem the “Graff Lesedi La Rona” and proclaimed it “one of the greatest diamond achievements in history.”

“My love affair with diamonds is life-long, and crafting the Graff Lesedi La Rona has been an honor,” the jeweler said in a statement. “This diamond is beyond words. We had an immense duty to cut the very, very best diamond imaginable from this rough. All our expertise, skill and accomplishment went into crafting this incredible diamond masterpiece, which is extraordinary in every way.” 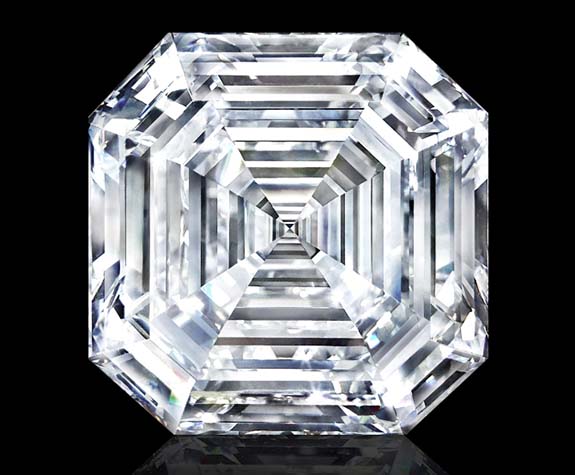 Graff explained that since his company had never analyzed a stone of such a prodigious size, a scanner had to be custom built, with brand new imaging software capable of probing its vast expanses.

At first blush, Graff’s gemologists believed that a 300-carat principal diamond wasn’t possible. However, using the new technology, the gemologists mapped the maze of imperfections and plotted which cuts would yield the largest and highest-clarity diamonds possible. In the final analysis, they were able to surpass the 300-carat mark with a perfect 302.37-carat principal diamond.

Discovered at the Lucara Karowe mine in Botswana in November 2015, the 1,109-carat Lesedi La Rona was the largest rough diamond recovered in more than 100 years and the second largest ever found. It was offered at auction in June of 2016, but failed to yield a buyer when the bidding topped out at $61 million, $9 million below the reserve price.

That same year, Graff had purchased the 373-carat rough diamond that was said to be a fractured chunk from the Lesedi La Rona. Having already studied the properties of the smaller chunk, Graff was ready to make a bid on the larger stone. In September of 2017, Graff secured the Lesedi La Rona for $53 million, $8 million less than the offer made at Sotheby’s in 2016.

Graff reported that it took 18 months to complete the principal diamond. That included the initial cutting with precise lasers, followed by the shaping, faceting and polishing by Graff’s skilled diamond artisans. All the diamonds derived from the original rough stone have been laser inscribed with the identifier “Graff, Lesedi La Rona.”